A boy carries buckets filled with water from a public tap amid an acute shortage of water, on the outskirts of Sanaa, Yemen, Tuesday, Oct. 13, 2015. The war has taken a heavy toll on Yemen. More than 4,000 people have been killed, and the humanitarian crisis has left the impoverished country on the brink of famine. (AP Photo/Hani Mohammed)

The Syrian government has reportedly reached a deal with rebels in the Wadi Barada valley for technicians to enter a damaged water supply plant, which serves Damascus. Intense fighting has taken place between government forces and insurgents as President Bashar al-Assad’s troops aim to take control of the area lying north-west of Damascus. Assad, who claims the rebels are part of a jihadist group not covered by the Russia-Turkey-brokered ceasefire, said the army must “prevent terrorists from using water to throttle the capital.” Some 70 percent of people in and around the city have suffered water shortages since the spring was bombed out of service in late December. 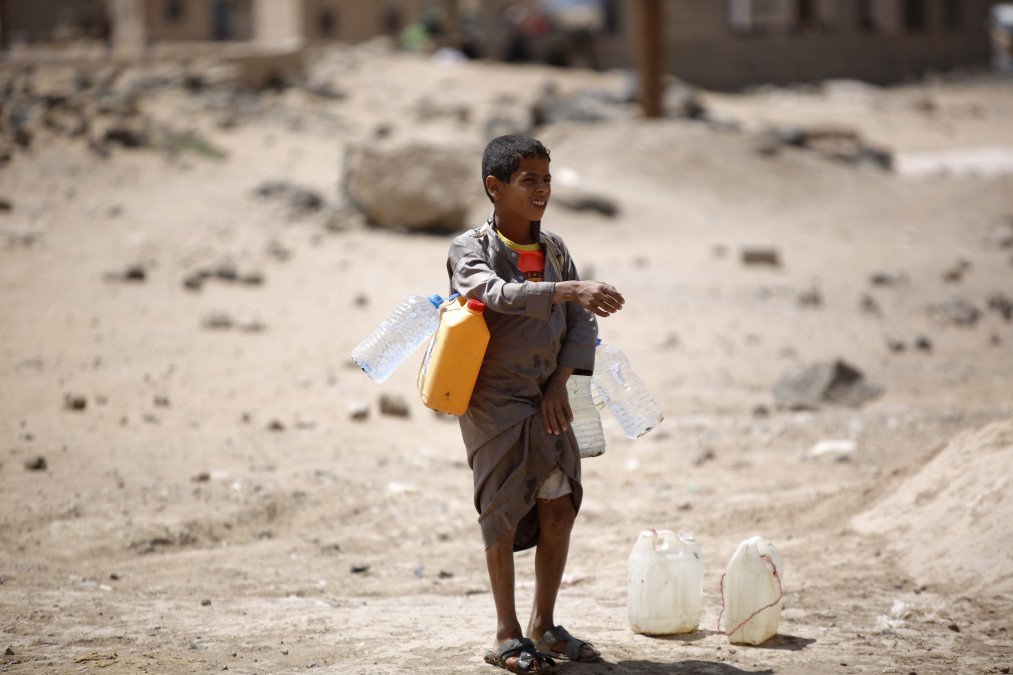